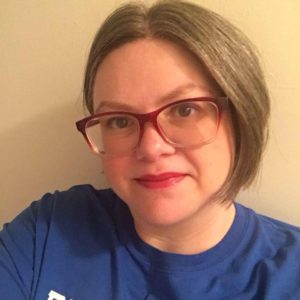 Jennifer Gregson never wanted to be a writer.

As a kid, when anyone asked her, “What do you want to be when you grow up?” She would answer with something new every time. From judge to journalist, she could never land on any one idea until a monologue class made her realize that theatre was the answer. Having fallen in love with acting, Jennifer threw herself into the new world, earning her BFA, and moving to New York City to tell Broadway they had their newest star

Jennifer loved the city – it was exciting and crowded and noisy and amazing – but auditioning was not. After a few years, she craved something else, something she could call her own. This was when a friend of a friend mentioned National Novel Writing Month (NaNoWriMo) and she thought, “Why not?” She started writing on November 1st with no character, no plot, and no clue what she was doing but she still had to crank out 1600 words a day to meet the 50,000-word deadline by the end of the month.

Writing was scary and inner demons left her wondering if she was going to end up a huge failure. The voices told her she wasn’t worthy, that she had nothing important to say, that she should just give up. The thing was, she didn’t want to give up. Writing was a magical new way of entertaining, of telling stories, of connecting with an audience without the need for a cast or director. She started thinking of herself as a Professional Writer, even while working a day job.  She crushed the NaNoWriMo goal and started studying craft, taking writing workshops, and learning all she could about the world of indie publishing.

Jennifer was in love with words, with fiction, and with Young Adult stories. She writes Young Adult coming of age novels because she wants to let teenagers know they are not alone in this world. That the challenges they face are universal. That finding out who they really are can take years, even decades, and the truth is  – you don’t have to have it all figured. There is time. She wants people to embrace the things they love, even if they might change over time because passions will ebb and flow and that’s normal, healthy even! Embrace the feeling of not being sure and do the big scary things anyway.

Jennifer never wanted to be a writer, but writing definitely wanted her!

Her debut novel, The Art of Lying

, was self-published in 2018 and she is happily working on her next project, due in 2020.  To connect with Jennifer more, and grab a sneak peek of her debut novel, join her newsletter today.