So, I’ve somewhat left childish things behind me (except, you know Disney) but not crushes. Cute boys grow up to be handsome men – ruggedly handsome, that is. Growing up, I crushed on Joey Lawrence – had pictures of him on my binders and watched his shows, listened to his music – all the things you do when crushing on a celebrity.
Things haven’t changed that much. My current celebrity crush is Nathan Fillion. 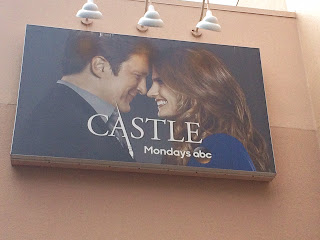 Yes, I’m happily married….trust me, my hubby is aware of said crush…and encourages it…well, maybe not encourages it but he likes the man too and we watch Firefly and Castle together…so you know, he’s a keeper. 🙂

I watch the shows and movies (not all of them – I haven’t seen Slither) and listen to the music. What? He sings….check out Dr. Horrible’s Sing-a-long Blog by the one and only Joss Whedon. I’ve watched him in Two Guys, a Girl, and a Pizza Place. I’ve watched him in Buffy the Vampire Slayer (that one’s hard though – he plays such an evil bastard). I’ve watched Firefly and Serenity. I’ve watched Waitress. I’ve watched Monster’s University (he does a voice) and I’ve watched Guardians of the Galaxy and tried to find him (he plays a big blue galoot in the jail who gets taken down by Groot).
Oh….and I have him my Filofax. 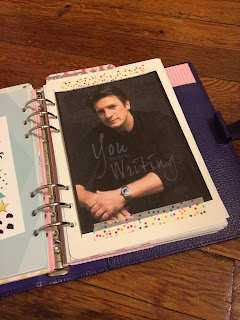 Yup. I found that picture online and thought it was perfect. Printed it out and plopped it into my binder. I told you, things haven’t changed much. I also have a picture of David Tennant as Doctor Who telling me to write too.  He’s on the top 5 list too. You know, from Friends…the top 5 celebrities you’re allowed to have sex with.  Nathan Fillion, David Tennant, Matthew Perry, Joey Lawrence, and Paul Rudd. Unlike Ross, I don’t have my list printed and laminated though.

My childhood celebrity crush post was a bit embarrassing, so….here goes my huge secret….I follow Nathan on Instagram/Facebook and check his status every few days to see if he’s posted anything cool. I like things, but never comment…because if we ever actually meet in real life, I don’t want to be one of those people. HA  That’s pretty sad right?

Okay…fess up, who are you currently crushing on? Do you obsessively watch their shows and movies? Check fan sites? Write fan fiction? Give it to me….can’t be any more embarrassing than what I’ve shared. 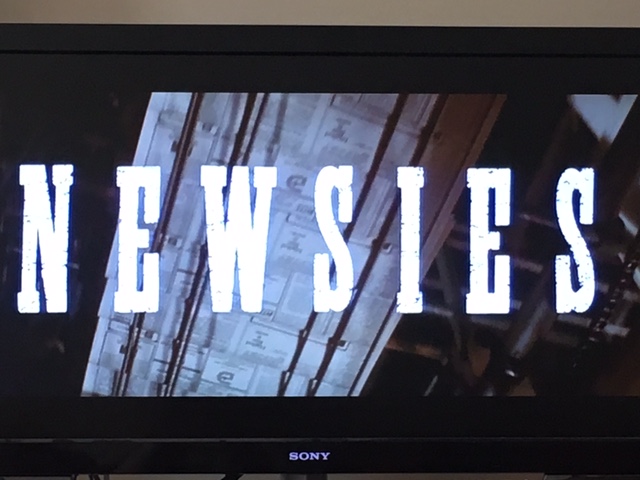