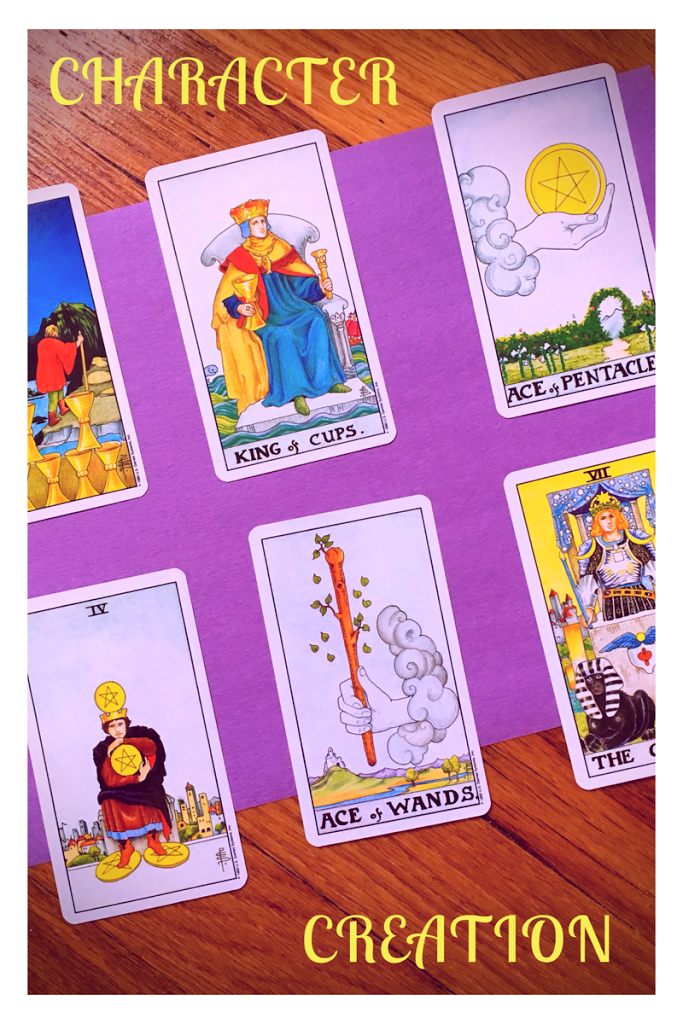 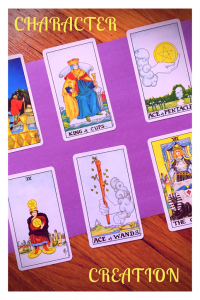 I wanted to play around with another couple of exercises from Tarot for Writers by Corinne Kenner. I call this Character Creation 1-2-3 and it’s from the section of the book on simple tarot spreads. I’m using a one card spread to give me an overall view of the character, a two card spread to give me their best and worst qualities, and then a three card spread to give me the past, present, and future for my character.
This is just part one though, next week I want to do another exercise using tarot cards to help me create a three-act structure using 5-6 cards. Then I’m going to use all of this info (and maybe a few more cards to create the other cast of characters I’ll need) to write another short story, with Leo – my character from below – as my main guy!  If the three act structure exercise gives me a huge story, I might just write part of the story – I’ll keep you posted on that as we go.
If you have the book, Tarot for Writers, these exercises start on page 23. I love using my tarot cards to help come up with characters, plot ideas, location ideas, and overall story ideas because they are so rich in theme, character, elements, and symbolism that you can get all sorts of ideas from each card.
One Card Spread 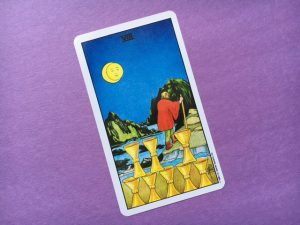 8 of Cups
A young man, turning his back on his present. Alone at night, the full moon watching over him as he walks away from everything. He seems to be certain of his past, as he does not look behind him to see what he’s leaving behind. He knows what lies ahead, both good and bad, and he’s certain he is on the right path for him. I see a senior in high school who has decided to leave the sports world behind to pursue an academic career. Going off to college without his old friends, and maybe without his parent’s support, as he leaves behind one life for the beginnings of another. The fact that the cups are arranged so neatly, but one is missing tells me this young man feels a void in his life that he’s hoping his new path will fill.
Two Card Spread 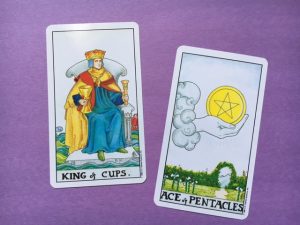 Best Quality – King of Cups: Thoughtful, kind, intelligent. Interested in science and the arts. Good and honest young man.
Worst Quality – Ace of Pentacles: Lost in the clouds, sort of an absent-minded professor type. Can be easily distracted by shiny things, or the newest tech. Has so many interests, it’s hard to keep track of what the newest “thing” actually is for him at any given time.
Three Card Spread 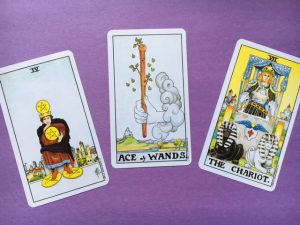 Past – 4 of Pentacles
Present – Ace of Wands
Future – The Chariot
Once upon a time, Leo had everything that makes a high school dude popular – good looks, money, material things, sports acumen, and the perfect girlfriend but he was missing something in his life. He wanted a change, something that spoke to his intelligence and multi-interests with science and art. He applied to a prestigious college, where he hoped to study philosophy and world religions, but this idea upset many people in his life. He leaves for school in a few weeks and although he has lost people along the way, he knows that the path he is on is the right one for him. He sees himself a winner, a hero, someone that will change the world for the better – for all people. He will be a champion of human rights and help those less fortunate than him.
So, I have a basic idea of who this guy is, what he wants for his future and what might keep him from attaining his overall goal – the shiny object syndrome, he might have trouble sticking with something for very long, even college or a higher pursuit. I’m going to flip through the Tarot for Writers book and pick some more fun writing exercises to help me with my antagonist and other characters, and – of course – the main three act structure of my story. I’ll be back with part two in a few weeks.
If you saw these cards, how would you interpret them?  What kind of character would you have created?  If you have a deck of Tarot cards, do you use them for creativity purposes?  Divination?  Guidance?  I’d love to know. 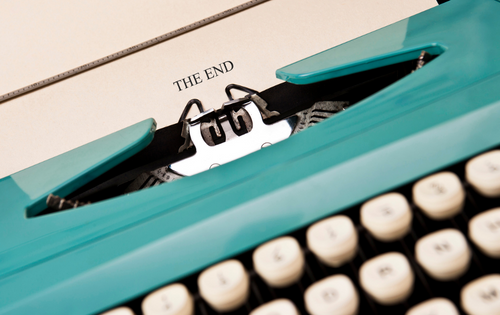 Are YOU the reason you haven’t been able to finish your book? 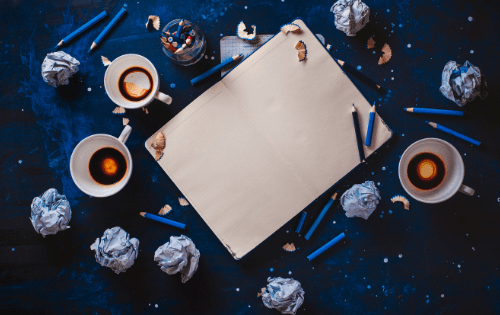 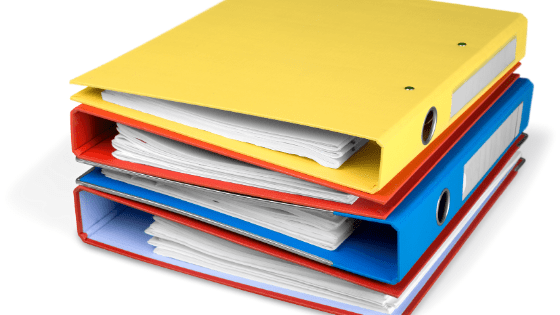 Ghosts of Writing Past